I'm not much of one for New Year's resolutions, but on my last day of work in 2014, I found myself more than normally annoyed: 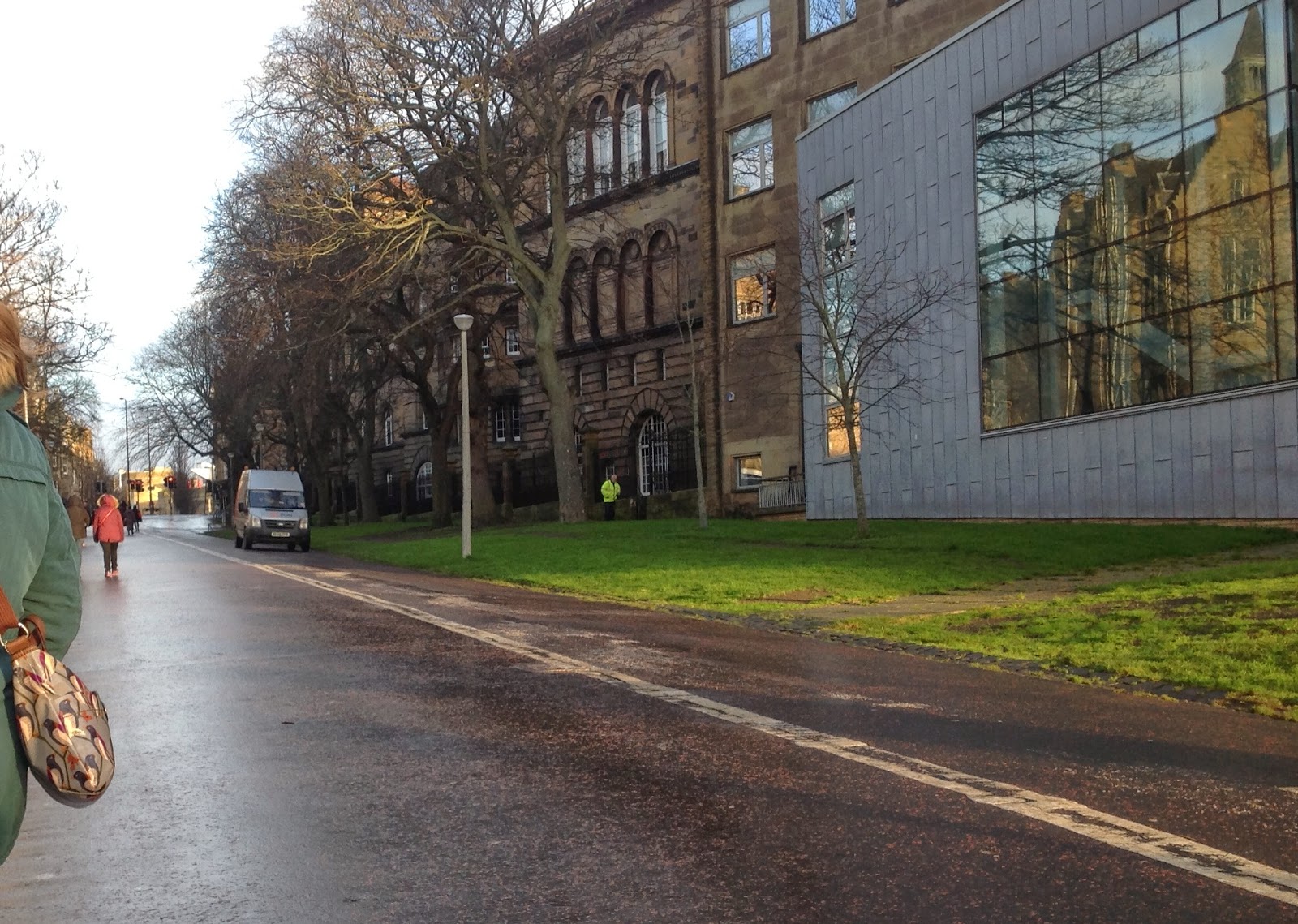 by this vehicle, which entered Middle Meadow Walk from Melville Drive and drove the length of the walk to get to this point, whereupon two guys jumped out. They were there for a minute or two then drove back down MMW. They could have easily parked  on George Square lane just beside where I took this picture.  There is also vehicle access on the other side of Middle Meadow Walk through Quartermile.

I don't spend that much time in the Meadows. Except for my daughter’s occasional football matches, I'm usually just passing through - maybe 30 seconds if I'm on my bike, or 2-3 minutes strolling if on foot. But what struck me, as I reflected on the MMW van, was how often I see vehicles on the Meadows paths. Often they're police vehicles, or rubbish removals, or council employees laying out flowerbeds. Sometimes they are contractors for works in adjacent buildings. In the summer, I often see vehicles connected with the festival or sports events.  Recently, I and others have complained about cars parked on the grass near the cricket pitches in the summer evenings, and near the football fields on Saturday mornings (covered by  the Evening News). 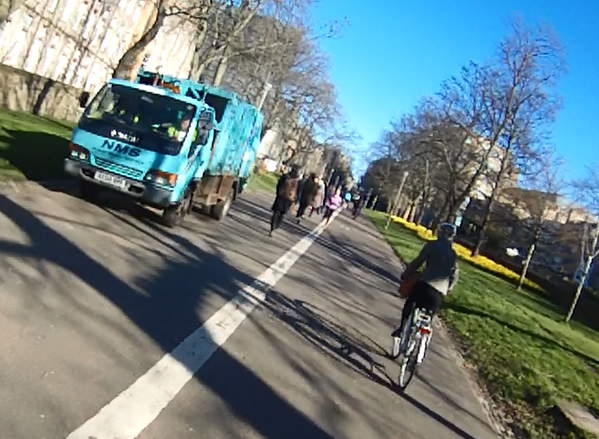 There are two issues - cars parked inappropriately (some of which have permission to be on the meadows and some of which don't) and vehicles using the paths to access parts of the parks to collect rubbish or plant flowers.  Obviously, the tree cutting and other equipment needs to be on the paths.  likewise, some of the maintenance crews may need to drive in to their sites - but must the vans be parked on the pavement the whole time they're working there?  I'd really like to know what guidance council officials are given about driving in parks - are they simply told to go slowly? or are they given advice as to which journeys are necessary? Is it ever suggested that they might park at an adjacent area and walk in?  Likewise, with rubbish collection, couldn't rubbish be removed to the gravelled area by the tennis courts, by hand-truck, or cargobike, and then collected by lorry?

Although these lorries rarely constitute dangers to pedestrians, they send a signal that motorised vehicles are allowed in the parks, and this seems to be taken as a signal by others to abuse their privileges and hope they don't get caught.

So, my New Year's resolution is to keep track of how many vehicles I see in 2015.   This morning I saw a blue rubbish lorry (similar to the one above) rolling down MMW (the sun was too low in the sky for a good picture) and exiting onto Melville Drive, and the Quartermile Tractor, also on MMW. And this afternoon, on my way home, there was a sports car parked next to the pavilion (again the sun was too low for a good picture).   So, three today.   #meadowsnotmotors
Posted by Sara Dorman at 9:17 pm