"There's no where else to go"

It's now January 6th and every day I've been in the meadows this year, I've seen cars parked or driving in the meadows.  Not an auspicious start. 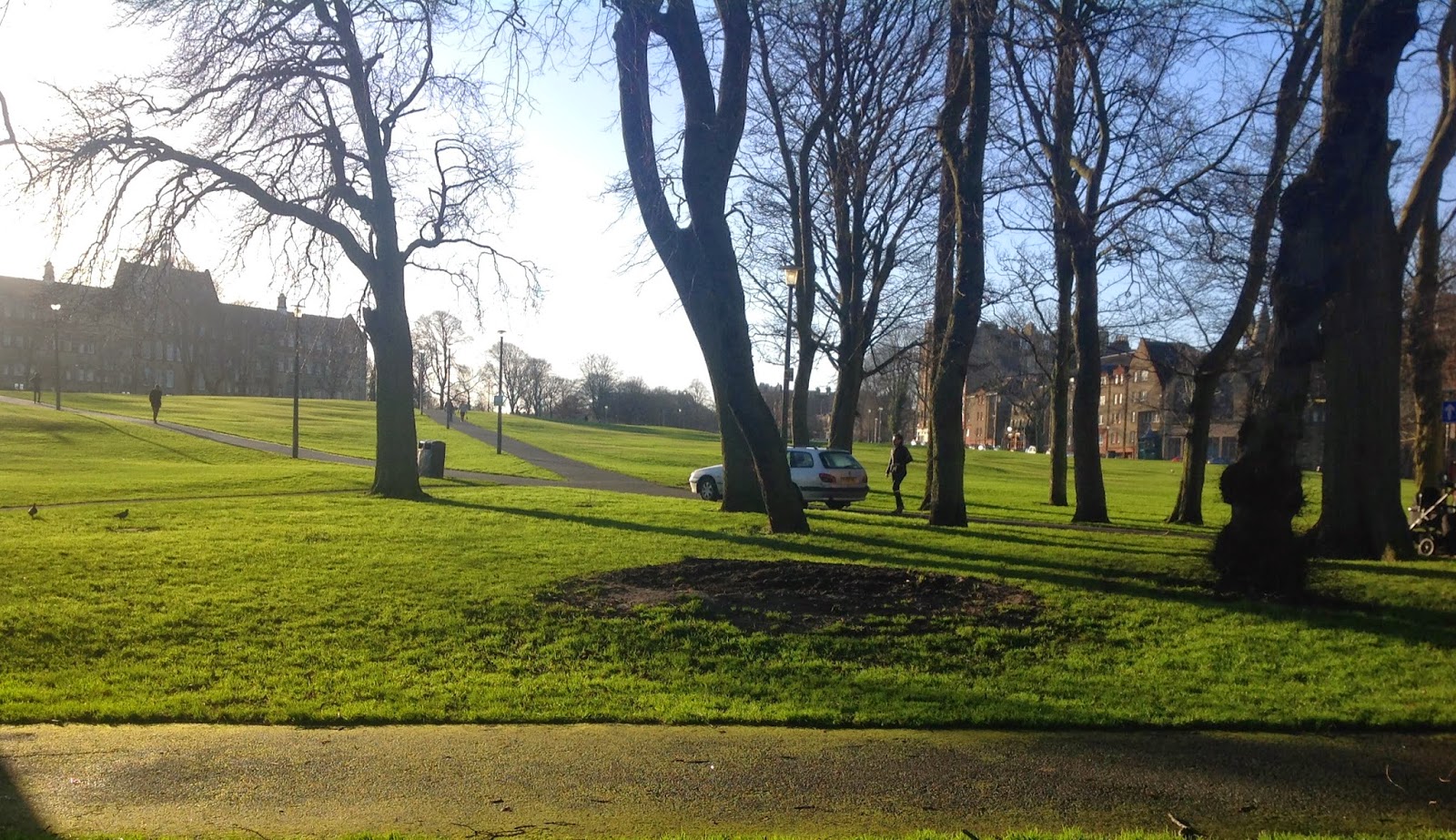 On a lovely Saturday morning, with kids everywhere on new bikes and scooters, this car was parked squarely on a path in the links, while the several lorries were parked so as to block the dropped kerbs giving pedestrian access to the paths and play park.

Other days I've seen cars parked on the meadows, which we know the council can't do anything about.  Equally common is the range of service vehicles.

Yesterday @fountainbridge reported a lorry, which was totally blocking the Melville Drive pavement.  It was there are again this morning.  When I asked them if they were aware they were blocking the pavement one of them said 'there's no where else to go'.  He suggested that pedestrians could go past on the very boggy grass.  There's no way that the wheelchair I saw there on Saturday could possibly have got past.  It then drove along Melville drive, and made a very awkward turn onto MMW.   They also seemed to take some pleasure in telling me that I'd have this problem for months because there are 275 trees to be planted on the meadows.  Sigh.

This afternoon, @Kim_Harding tweeted about a council vehicle, which was apparently servicing the toilets on MMW and then continued down MMW and along NMW to the other set of toilets - even though those are easily accessible via Buccleuch place.

It's becoming clear is that an awful lot of vehicles are on these paths daily.  Quite possibly both of these particular vehicles did need to be there but did they need to park on them?  Make their way along the paths at length?  Could some or all of their journey be made differently?  Cllr Andrew Burns has promised to let us know what the council's guidance to drivers is.

A further issues is that none of the entrances used by vehicles are suitable, since they are designed for pedestrian and cycle use.  The Melville Drive / MMW entrance to the Meadows paths is particularly dangerous, and the manoeuvres that lorries have to make - at speed - to safely access the path are a recipe for disaster.  The lorry towing a trailer, for instance signalled left, then pulled fully over onto the right-hand-side of the road (by the pedestrian island) before pulling across and onto the path.

Btw, I'm keeping track of ('curating'?!)  all the tweets on this issue over on Storify:https://storify.com/SRDorman/why-are-so-many-cars-in-our-parks  Check out the pics there - there's some doozies.
Posted by Sara Dorman at 9:45 pm

I think it may well get worse, as I believe the council building at the east end has been converted into a cafe/kiosk. Expect engines of economic recovery to be entering at Hope Park Crescent.

I've already faced two 4x4s, one driven aggressively, coming in as I attempted to leave NMW.

Indeed! I wondered about that. I don't get down that way enough. pics please!

I've been wondering if it would make sense to recommend a car entrance be added direct to that paved area, and used as an entry point for all vehicles ? it might make entrance/exits safer, but i worry it would encourage more vehicles to think they had right to enter? perhaps only if it ere matched with a formal policy of using non-motorised vehicles elsewhere in the parks, with that as a depot?