Research-informed policymaking? Not in Newfoundland


See anything wrong with this picture?  Nope. Me neither.  My kids had a wonderful summer in Harbour Grace playing on their bikes just like we did when we were kids.  We'd packed helmets for them, but somehow never put them on.  And as the days went on, it seemed less and less of an issue  -- these are quiet roads, and the kids were safe and under supervision.

However these days are about to be a thing of the past, as the Newfoundland government is proposing helmet laws.  Now, I'm not opposed to helmets - I wear one fairly regularly and I used to be pretty evangelical about them.  But then I looked at the research and realised that helmets do little or nothing to protect cyclists from harm.  Which is why I think helmet-wearing ought to be a choice, not under compulsion (and that there are much better ways of making cycling safer).

For one thing, cycle helmets are not designed or tested for protection at speeds over 12mph.  They are not like motorbike helmets, or ski helmets.  They are not tested for impacts with cars or trucks, but on kerbs.

The stats on helmet use and injuries are very complex (see this BMJ editorial which specifically discusses the Canadian data), but one thing is clear, there are far fewer cyclist injuries in countries where few if any cyclists wear helmets like Denmark and the Netherlands.  As you can see in the graph below - fatalities are almost inversely related to rates of cycling.  This is because Denmark and the Netherlands have invested in making roads safer, not in requiring helmets.


All helmet compulsion does is lower rates of cycling, which increases long-term health problems like obesity and diabetes.  As the Danes say, you're safer on a bike than on a sofa. 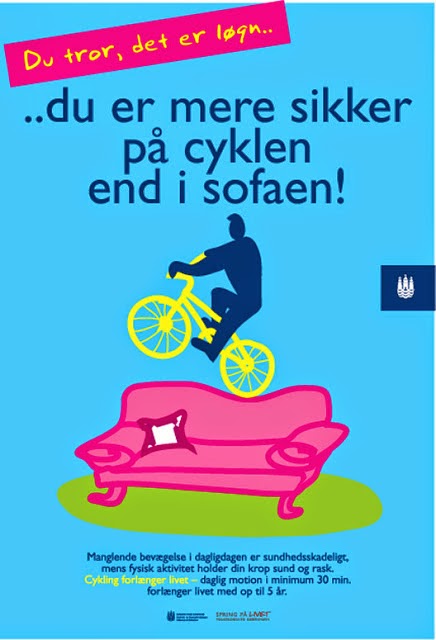 I'll try to blog more another day about some of the other ridiculous aspects of this, but for the moment, please write to your MHAs and ask them to look at the evidence before taking this retrograde step.

Take a look at what happened in New Zealand with mandation - and why: http://rdrf.org.uk/2013/12/27/the-effects-of-new-zealands-cycle-helmet-law-the-evidence-and-what-it-means/