Stage 2 of the Tour of Little France

On day 2 we picked up the CBN trailway at Cupids.  Our support team got the bikes ready. 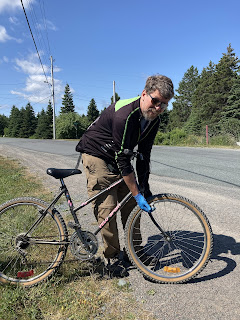 After a brief sweep east, it heads south towards the Trans-Canada. This is a long straight run, with fairly good surfaces.  We had a stiff headwind most of the way which made it a bit of a slog, but it’s fairly scenic and a pleasant, quiet ride, with little ATV action until you’re near the  TCH.

There’s a road tunnel under the highway, but you do have to cross an access road on both sides.  The branch line continues south to Brigus Junction, where it meets the Newfoundland Trailway, ie the old track across the province.  We turned west onto the trailway (our headwind seemed to follow us), and headed towards our cabin, which is near Ocean Pond.

The big difference between todays stage and yesterday’s is that during the ride we didn’t enter any towns or areas and very rarely saw anyone else meaning that there was nowhere we could stop to buy anything even though we didn’t need anything specifically it had been nice to be able to stop and buy cold drinks  from gas stations.

Just after we passed under the trans Canada we saw a cyclist who was also looking at his phone for directions we went up and spoke to him and learnt that he was called Fernand Lussier and that he was from Sherbrooke, Quebec and that seven years ago he had ridden across Canada from Sherbrooke to Quebec but the. His grandson said “but Grandpa you haven’t ridden across Canada yet” so seven years later he took up his grandson’s challenge and is just now finishing it. 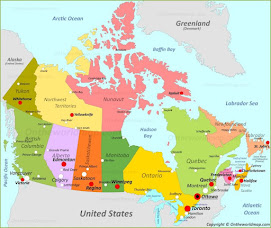 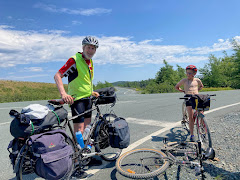 After reaching the trans Canada I (Bram) became physically and mentally tired because we had both been thinking about it as the end while really there was still a large chunk to go and it just kept going but  then we reached a small pond and we went for a quick swim and it really helped refresh us. 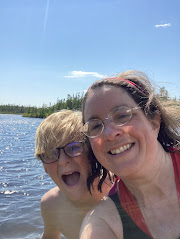 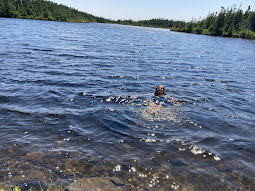 We had another swim when we got to our cabin —this time joined by two beavers and two loons. Very Canadian. 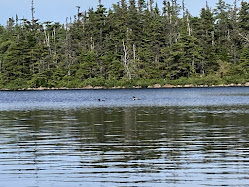 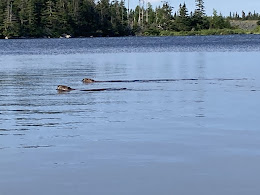 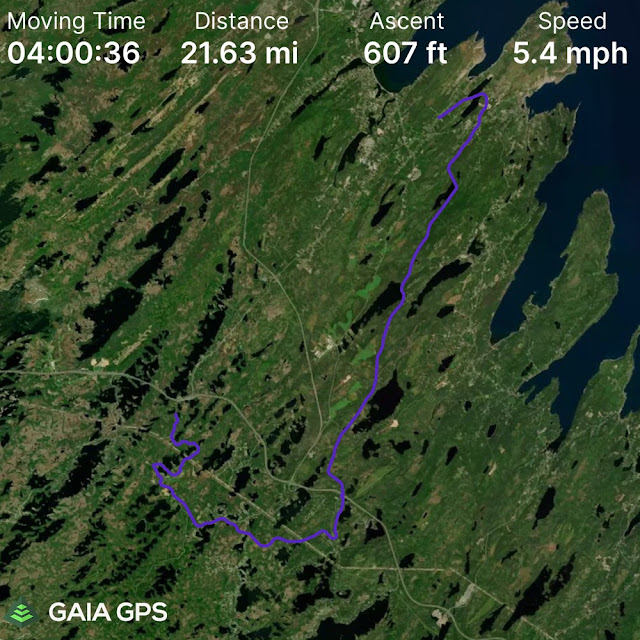