What makes a liveable city liveable? (with added meditations on planning and community councils) 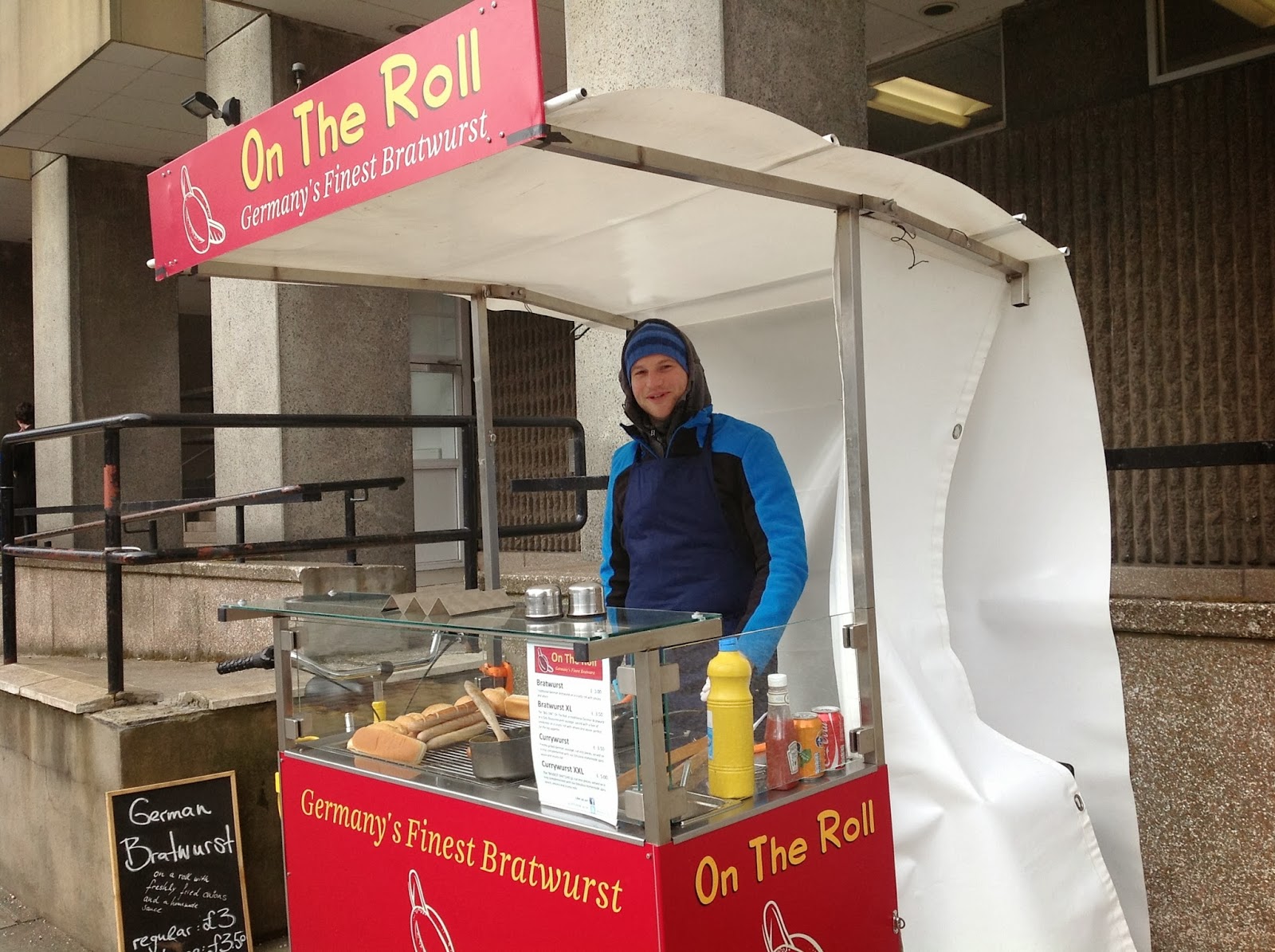 Tomorrow, the Licensing Committee of the Council will decide whether or not to issue a license for 'On the roll' - as can be seen here it is a German hotdog stand.  They have this stand often on George Square, and I think also sometimes on North Bridge, but they have applied for a license also on Colinton Road, in South Edinburgh, outside Napier University (I'll try to add some pictures later).

This issue came to my first meeting of the Merchiston Community Council, and to my surprise the only comment was negative, as some residents had communicated to the Chair that they were opposed.  Unfortunately, we weren't told why they were opposed, so I can't speak to that.

I then spoke in support.  The stand above sits near my office.  It is quiet and inoffensive. I have never seen litter arising from it, nor any noise.  It creates jobs, and provides a service.

In the immediate vicinity of Colinton Road, there is a Tesco and a Costa coffee.  If I were a student at Napier, I'd be delighted to have somewhere to buy lunch that wasn't a faceless chain, but rather a small, friendly local business.

But presumably the residents of the area are concerned that it will affect their property values or their quality of life.  Which raises an interesting question - what is it that brings quality of life in a city?  I would suggest that street food was a quality of a good city, not a detriment.  It's certainly been one of the hot food trends (npi) in recent years. It's also not as if that area was entirely residential, with a joiners, a chiropracter, and various other shops along the top of the road.

But more than that, Colinton Road on which they propose to have this stand, is at present a very unpleasant canyon that vehicles bomb recklessly through.  I travel through here regularly - often twice a day - on foot or by bike,  and the overwhelming feeling while on foot is of vulnerability as I have stone walls on one side and vehicles barging through on the other.  It is a hostile bit of space that functions more as a 'road' than a 'street' - with all the connotations of throughput and traffic-management that that conveys.

My worry is that Community Councils and local residents get little say over what shops open in the commercially zoned areas, and especially not when local shops are bought out by big chains -- the Costa coffee used to be a bathroom and plumbing sales room. The recent Caltongate saga is on another scale, but also relevant. So it becomes very tempting to use the system to refuse those applications that are reachable, to exercise the few muscles left to us.  But in this case, I'm not convinced we would be improving the liveability of our city, and we would certainly be harming a small business, whose viablity we ought to  support.


EDIT:  I've now learned that the Community Council is no longer objecting.  The original application did not mention opening hours.  A limited range of hours has now been agreed, and the MCC is not going to further challenge this application. I gather there is still opposition from residents though.
Posted by Sara Dorman at 3:20 pm

It's not hotdog, it's bratwurst, which is a totally completely different item.

But I support your support for them very much, and it's great that you spoke out for them. It's exactly the independent stalls that make cities liveable. In most German cities you'd find many stalls in pedestrian areas, not only bratwurst (of which there is a wide range of regional varieties) but also other local food, toys, small gifts, leather items, and miscellaneous other things. Also, of course, farmers markets, often daily or at least several times a week. It's what attracts people to go out and enjoy the city.