Crossing not in use?! 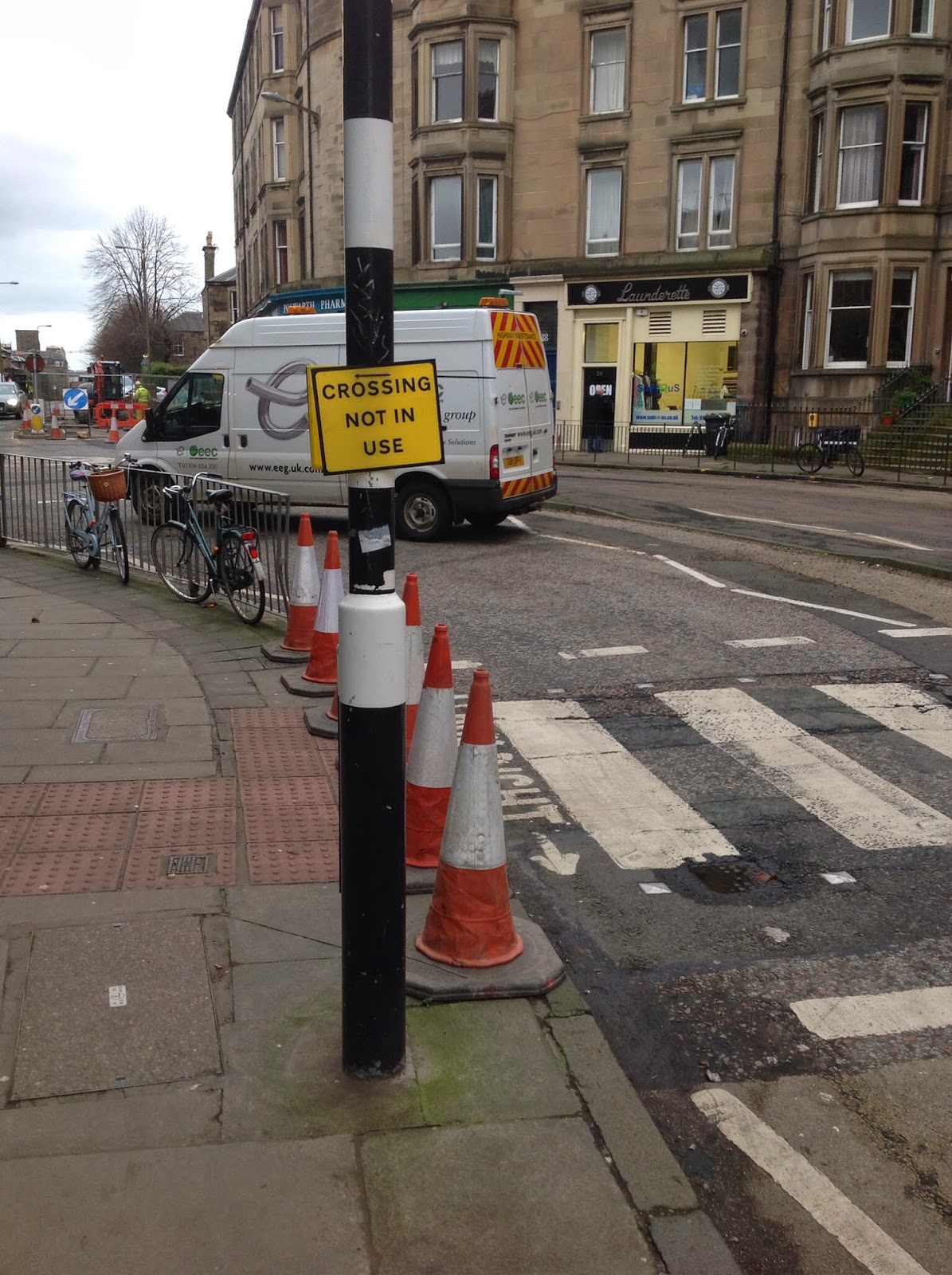 This pedestrian crossing, near where I stay, has been coned off, with signs up saying 'crossing not in use'.  Of course, it is still in use, because people still need to cross the road. It's on a school route, beside well-used bus stops, next to a popular corner shop, and adjacent to sheltered accommodation.

But it's been 'closed' because of roadworks on the other side of the roundabout.

So, for the 2-3 weeks that this crossing is 'not in use' what exactly are people supposed to do?

As you might expect, confusion reigns.  The first night I came through the roadworks on my bike, I don't think the cones were in place.  As I came towards the crossing, I could see a bike in front of me stopping for a pedestrian, but the car beside him cruised on through.  I stopped too, but the car beside me kept going.  And then, another bike behind me stopped too. We all looked at each other in bafflement as a third car went through.  Then finally the pedestrians were able to cross.  Maybe the drivers saw some signs that none of the pedestrians or cyclists noticed, but I don't think so.

The only other time that I regularly see such complete ignorance of the crossing is when it has snowed or is raining hard enough to obscure the zebra. Of course, the belisha beacons are still going, but somehow drivers get this idea that they can ignore stuff if the conditions are bad enough - and I think they've made a similar calculation now too -- if they've had to wait for the light to change, then they're somehow entitled to blast through the crossing.

So, obviously, on some level the traffic engineers are trying to accommodate such attitudes.  The signs are only visible to pedestrians, and the beacons are still light (in contravention of official guidance on how to close a crossing).

But that's all right, because if someone does get hit, they can say 'but they shouldn't have tried to cross'.

It's this sort of decision-making that makes me want to do more about pedestrians and walking in Edinburgh.  So, on  11 February, I'll be going along to Living Streets to discuss their Future Priorities and AGm for Edinburgh,. 1730-1930, Thorn House, 5 Rose Street .  Follow the link for more info and to let them know you'll be coming too.

Hope to see some of you there.