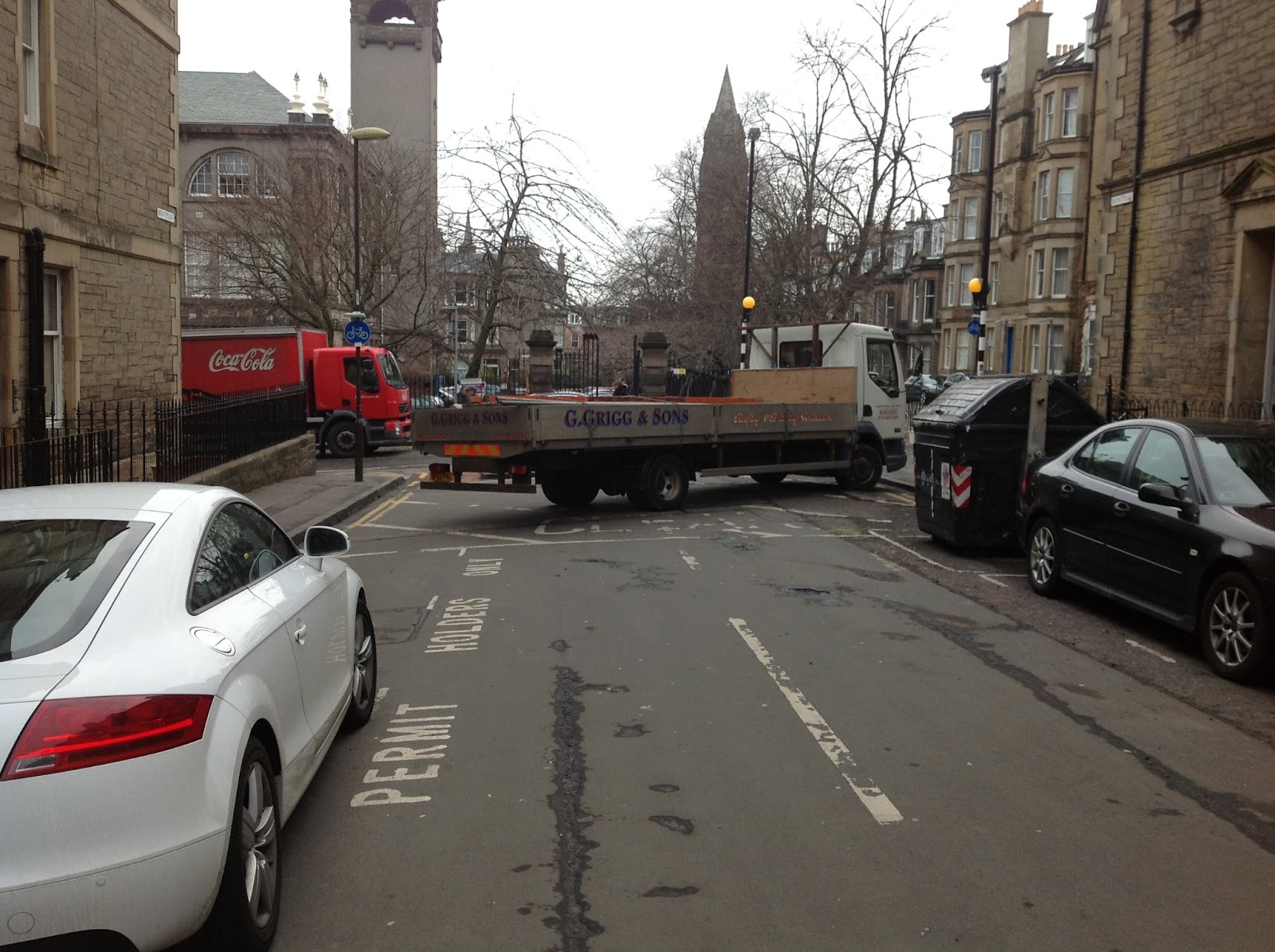 Yesterday and today I found myself stopping to take pictures of vehicles parked on the 'keep clear' area at the end of Montpelier, where there is a cycle-cut through to Viewforth (googlemap link here).  For those who don't know it, it is one of the main routes to Bruntsfield Primary school with hundreds of little kids coming through every morning, and also the route between the main Boroughmuir secondary school building and a smaller annexe.  So, well used by vulnerable road users.

Yesterday  there was a big scaffolding lorry completely blocking the space, stopped for an extended time, but with engine still running. Another mum on a bike came through just after me and commented that she was worried it was going to reverse into her.  But a look at the cab showed the drivers were stopped for a fag and tea break. 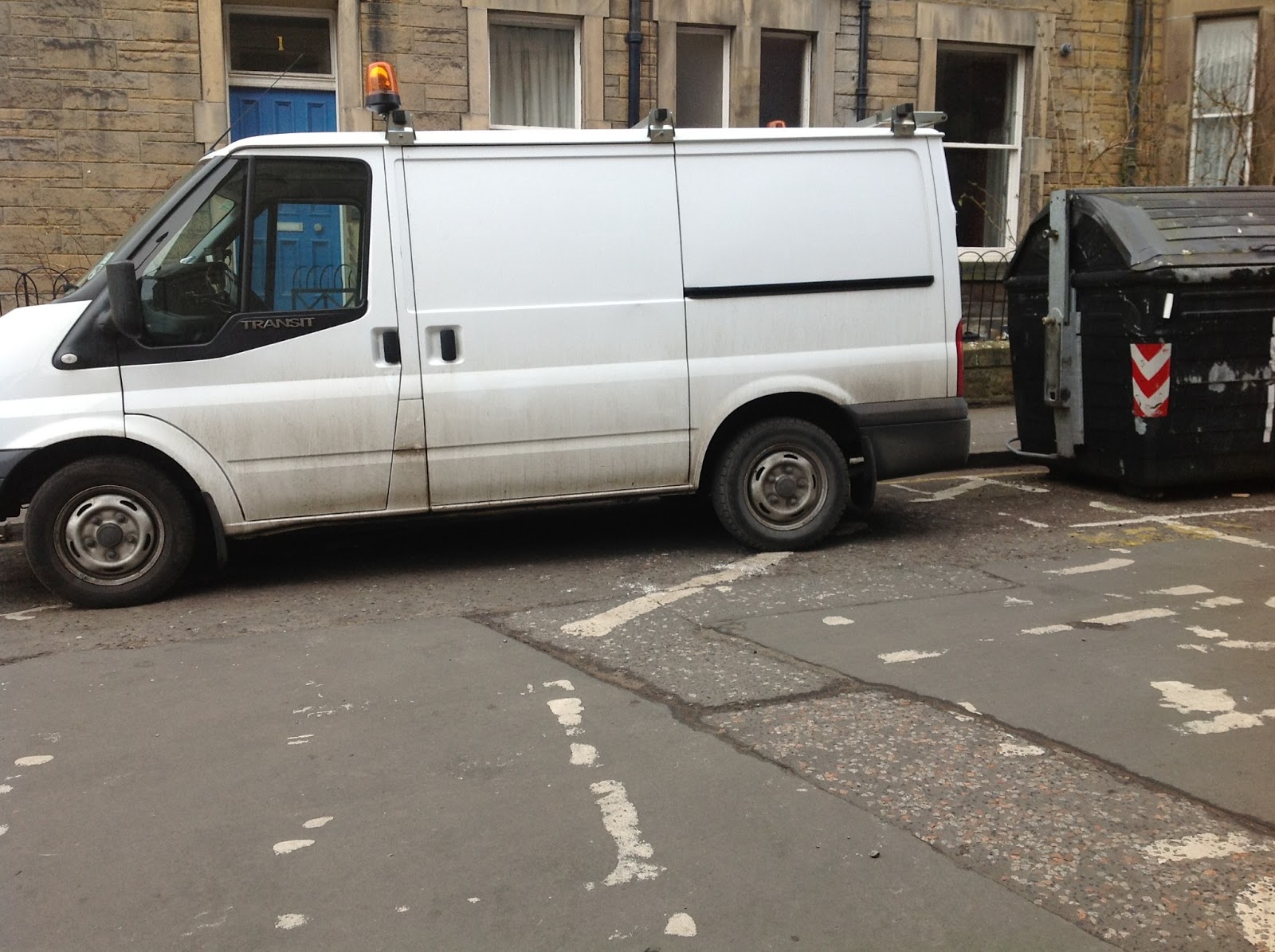 Today it was 'merely' a white van, but knowing the difficulty that most of the cars that usually use that 'turning circle' have in making a 3 point turn, I'm inclined to think they're also causing an obstruction.

Ironically, both vehicles are most likely connected to the construction work on the school, so found a nice 'safe' spot to keep out of the way until the kids were safely inside.  But the keep clear being blocked means that all those parents who feel a compulsion to drive into the dead-end, so that they can drop their kids at the second gate then had to reverse back over the pedestrian crossing in front of the school.  And their doing that then lead to other parents reversing back over the other pedestrian crossing.  While hundreds of little kids were streaming across and into the school.

The thing is,  if the parents 'learned' that they couldn't expect to turn at the bottom of the road, maybe they would stop driving in there?  Because actually, they're much more of a menace to the kids and parents at the school than these vehicles are 'parked'.

And that's the real irony.  Police and traffic wardens would be happy to ticket these vehicles for being illegally stopped, but my efforts to get some back up which would discourage parents from driving in front of the school have simply led to platitudes in the school newsletter and some clever banners on the railings, with no discernible effect.