A solution to cycle path maintenance

If you ask for a list of the top 10 things Edinburgh has done for cyclists recently, you will almost certainly hear someone mention 'widening North Meadow Walk'.   You can see the improvement in this Spokes report here.  Not only was it an excellent use of unexpected government money, but it responded to the network being 'over-capacity' by widening the path.  And as I reported in an earlier blogpost the design was adapted to accommodate the responses received in the consultation.  So, all good. 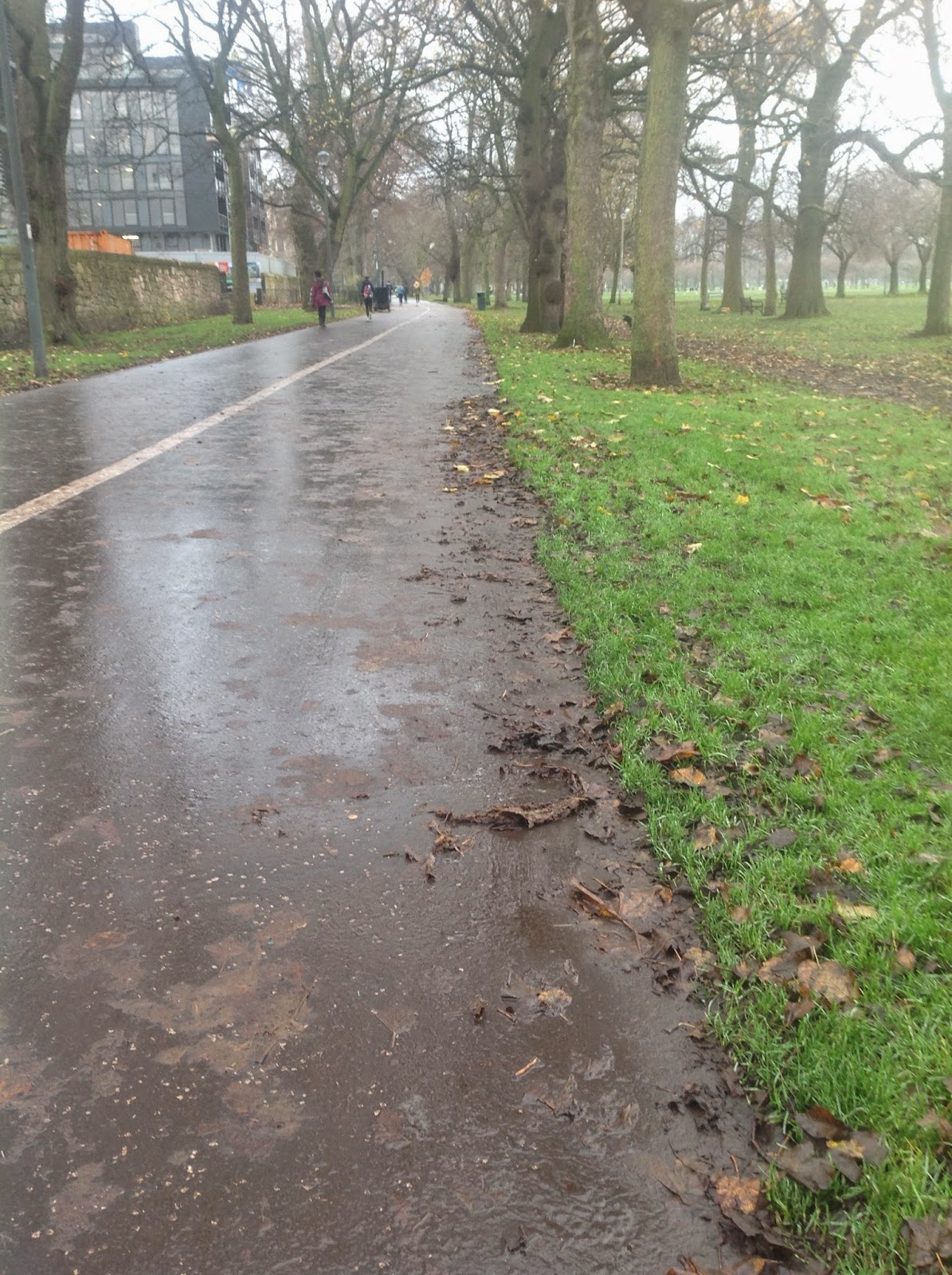 Except, that with most of the work done in the summer of 2013, and finished in autumn 2013, it is already showing signs of poor design and maintenance issues.   The design problems showed up within weeks -- while the pedestrian (north) side of the path remains dry in the rain, the south side - for cyclists - is prone to puddles.  On the north side, the path sits slightly higher than the surrounding turf, but on the south side it is roughly level, with no drainage channels.

In the autumn, this is compounded by dropping leaves, which also favour the south side of the path, because of the age of the trees, and the prevailing wind (see here for an expert explanation).  The combination of leaf 'jam' and mud makes for a worryingly slippery ride. 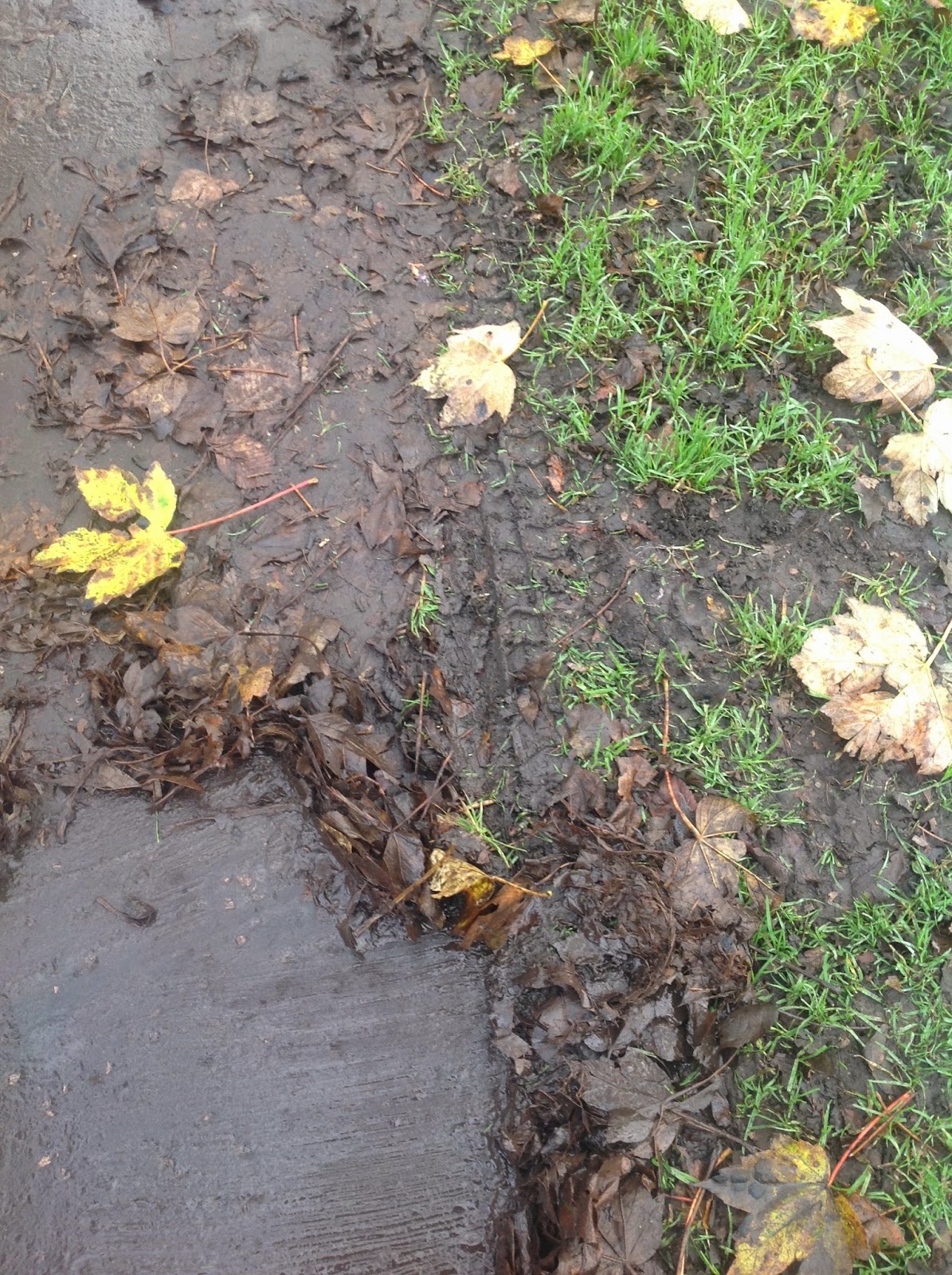 And finally, the path is growing narrower as the mud and leaf mulch combine with the grass growing out over the stone border and onto the tarmac.  If you look at the pedestrian side you can clearly see the coping stones along the side, but on the cycle side, they are covered in turf - about 4 inches has grown over in some places. 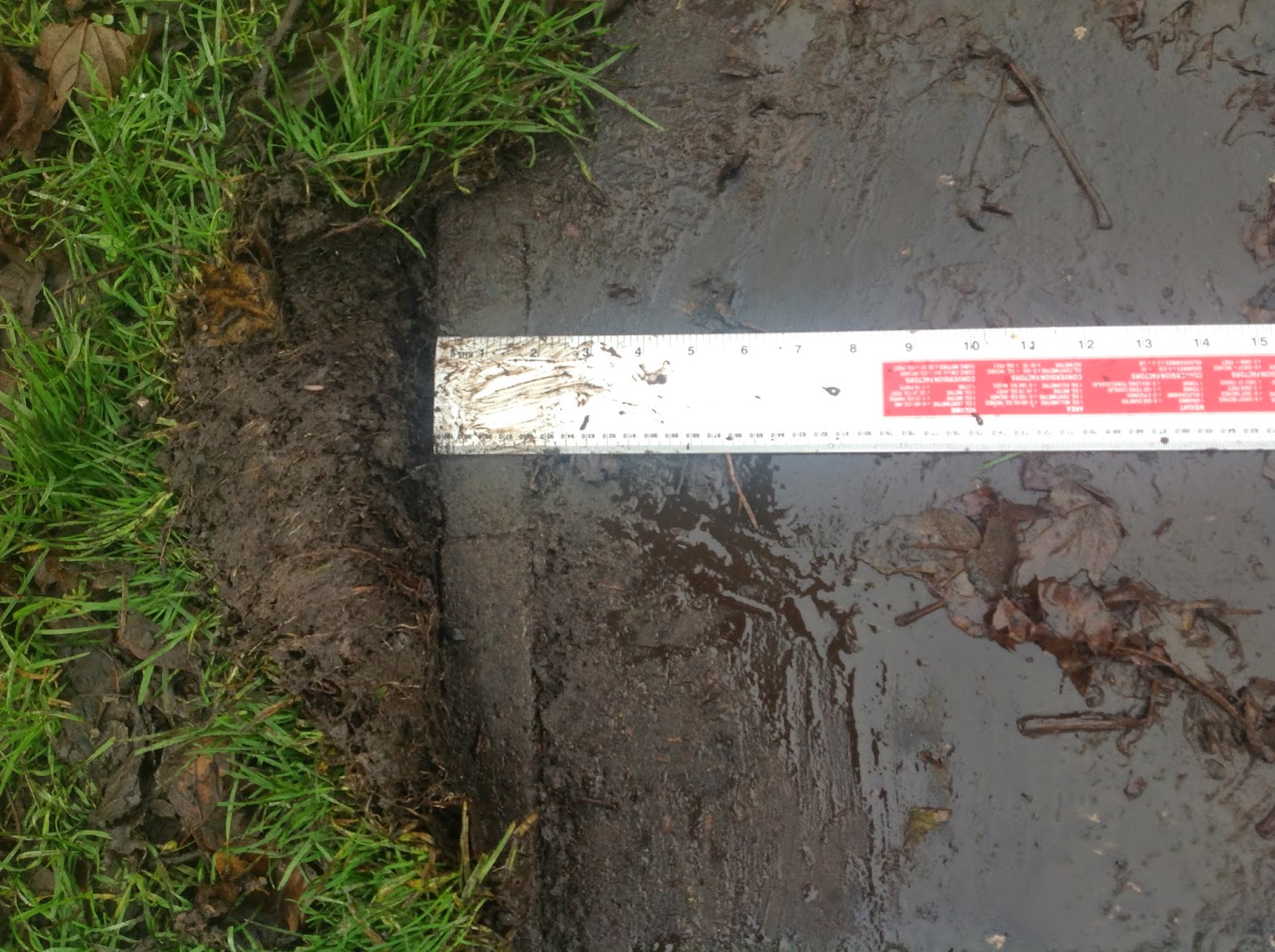 This is compounded by vehicles going along here and mashing the side of the path, as you can see in this picture. 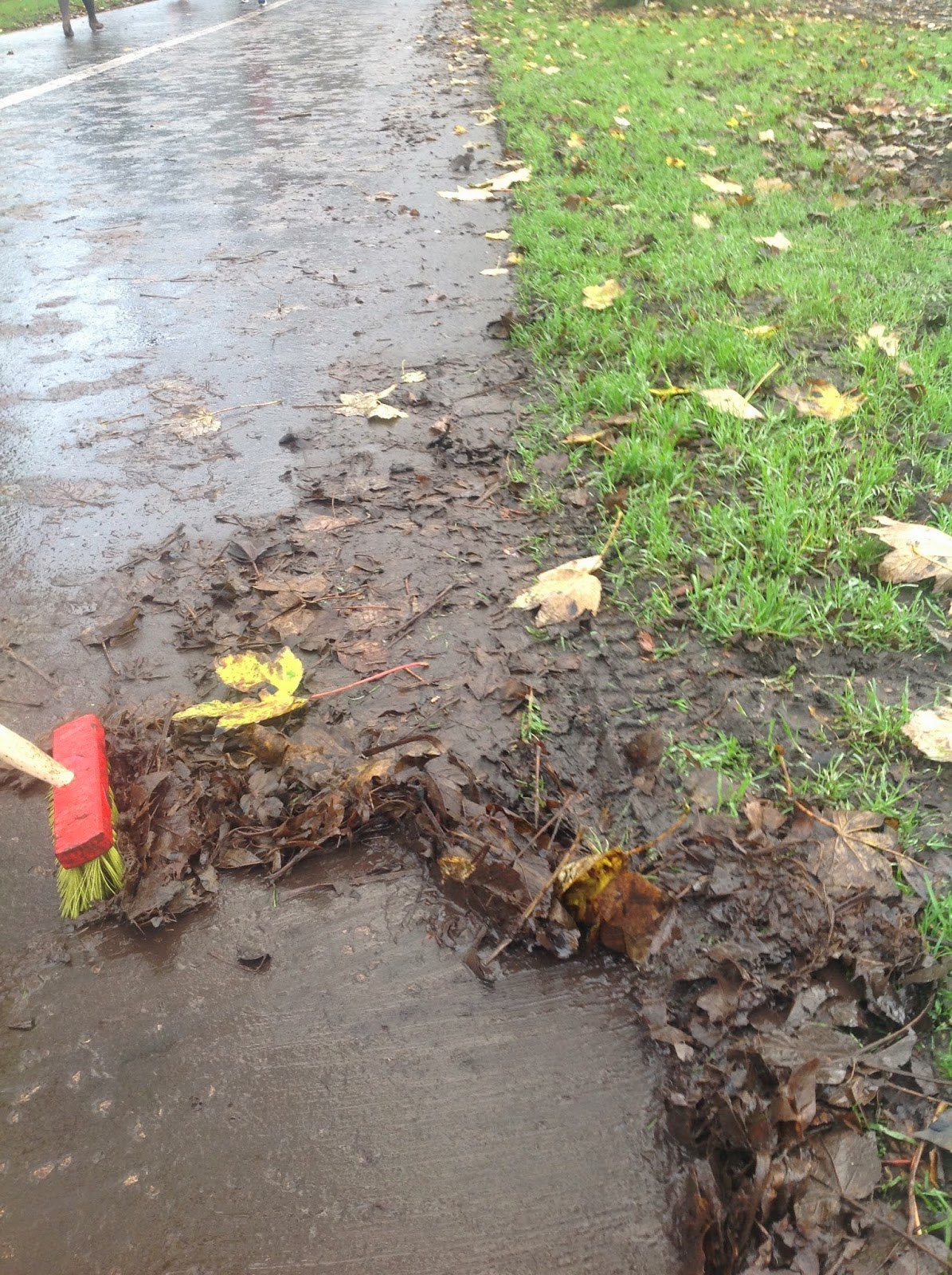 This isn't an issue that can be dealt with by sending a street sweeping machine along, or  even leaf blowers.  So, rather reluctantly, I canvassed for opinion on CityCyclingEdinburgh and a small group of us tackled the worst section of the path.

This isn't a solution though, especially when the main problem is the actual design of the path.  The council doesn't expect drivers to sweep the roads, or fix potholes.  But it seems to be pretty standard to expect community groups to maintain cycle paths.  I think it's because cycle paths are still thought of as parks, and leisure spaces, not commuting routes, which obviously needs to change.

Edinburgh's excellent about gritting paths in winter and not bad at sending out street sweepers,  but their budget's pretty stretched at the moment. So, here's my solution - all those drivers stopped for being on their mobiles, or eating their cereal, or even worse cases of careless and dangerous driving who get community service, should be given bikes with trailers, shovels, and rakes, and sent out to keep the mud and grass from our cycle paths.

(so seriously, how do we get the council to deal with this?)

Classic design mistake assuming the grass will deal with the water - it won't if the ground is saturated!

Fix would be to dig gentle depression in grass so water goes into it and drains away - it would soon regrass.

I found that the East Team is generally fairly responsive and willing to help when I reported issues like dumped furniture. Perhaps they are not always aware of the main issues for path users, so it does help to tell them, and of course if local people feel the need to bring their own shovel than it is a signal that there is a problem that needs fixing.