We have a large customer car park....

This text is on the website of Edinburgh's Commonwealth Pool.  No mention of bike parking (which is okay but not great, being to the front of the building, and with CCTV coverage, supposedly, but lacking any shelter). There's also no mention of bike routes in their 'how to find us' blurb, despite their positioning at a key point near some of Edinburgh's best off-road paths.

What baffled me tonight was not the absence of  bikes -- there were lots -- but the complete shambles of the car park.  There were cars parked on the 'keep clear' hatched areas (not shown) and cars parked - no driver, no passengers - on the 'drop-off zone' -- that's the two cars to the right of the image below, which are as close as you can get to the front door. 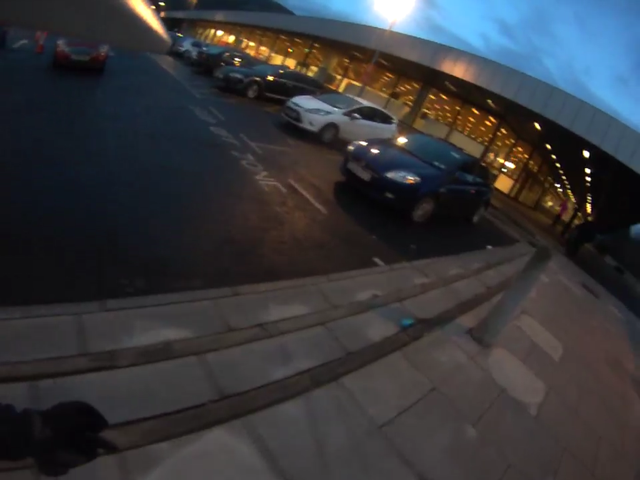 And there were cars parked down the middle of the car park in an ersatz double line. The picture below shows it when I arrived, when it wasn't too bad.  About 10 minutes later the double line was longer and a car trying to navigate around it was unable to turn without a sort of quasi-three-point manoeuvre (I was at the point getting onto my bike on the tarmac, and I suspect she blamed me for her bad turn, rather than the cars obstructing the middle of the car park). 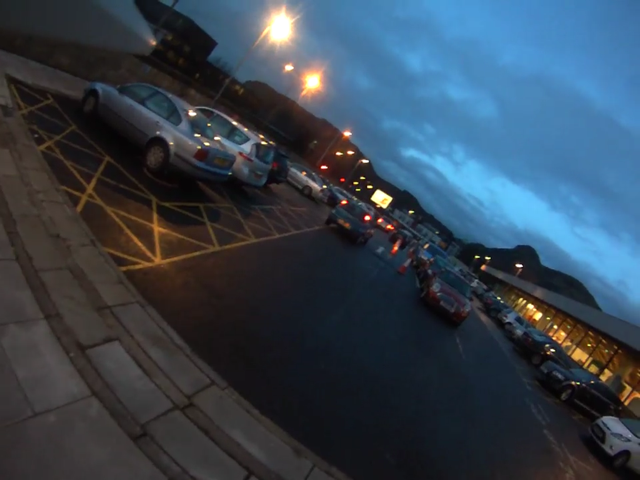 I didn't go round to the the 'large car park at the rear'.  I have no idea if it was also full. I suppose it could have been closed or full today.  But it seems more likely that  people just couldn't be bothered, so they blocked up the side car park, which is nearest the main entrance, and supposedly reserved for 'disabled, parent and child parking'. 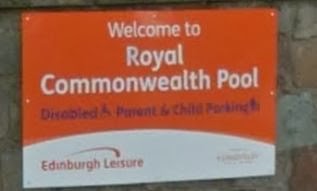 On the one hand, we could say 'why blame people' -- Edinburgh Leisure is clearly happy to encourage their customers to drive.  Although they could rethink the signage, and policing a little?  The laissez-faire attitude I witnessed seems likely to lead to tears.  On the other hand, don't you have to wonder about people driving to the gym/pool/exercise class, who can't bear to walk from the 'large car park at the rear' all the way around to the front?  Yes, it is half-term. Quite a lot of folk there probably were collecting children (as I was), but again, what message are they sending to their kids?  That spots reserved for parents wrestling babies, prams etc, or those with mobility issues, are fair game so that you can save 30 seconds to get inside to the soft-play?