Why I can't see past the obstacles to being strategic


A local politician keeps telling me to 'think strategic' and 'not bother him (and others) with the little stuff'.  He means well, but day after day I see little stuff that drives me crazy.

I can't help but think that if we didn't have to spend so much time on the little stuff, maybe we could actually find time to think strategically? But that means getting stuff right the first time, and joining up the various policies. 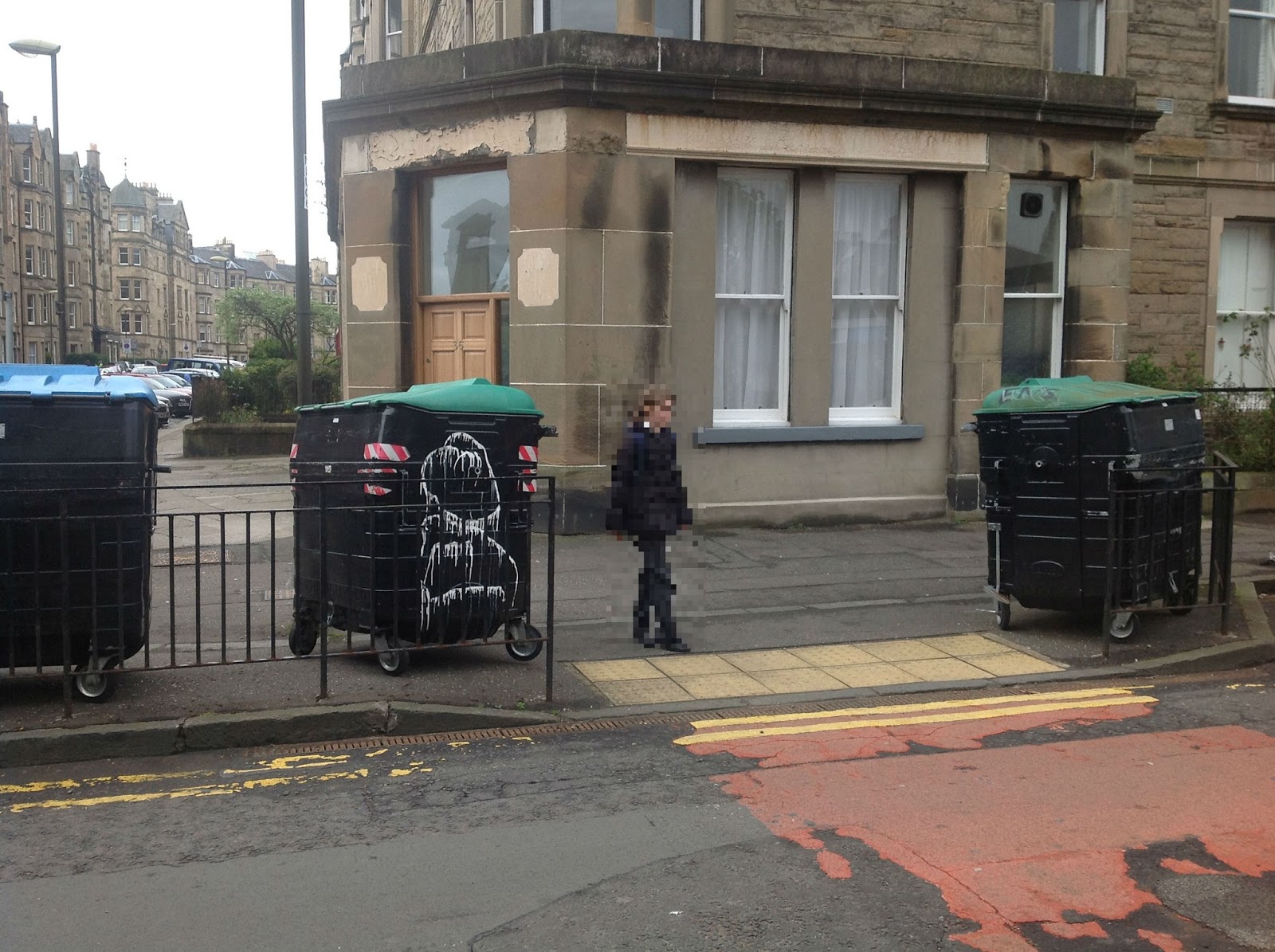 A few weeks ago, the administrator of CCE and I had a meeting with a council official about some inadequate bike infrastructure near my kids school (more about that later).  He also pointed out that the sightlines on one of the crossings in front of the school are obstructed by recycling bins - as you can see in the picture.

We were assured it would be looked at and dealt with. But a few weeks later, it looked like this: 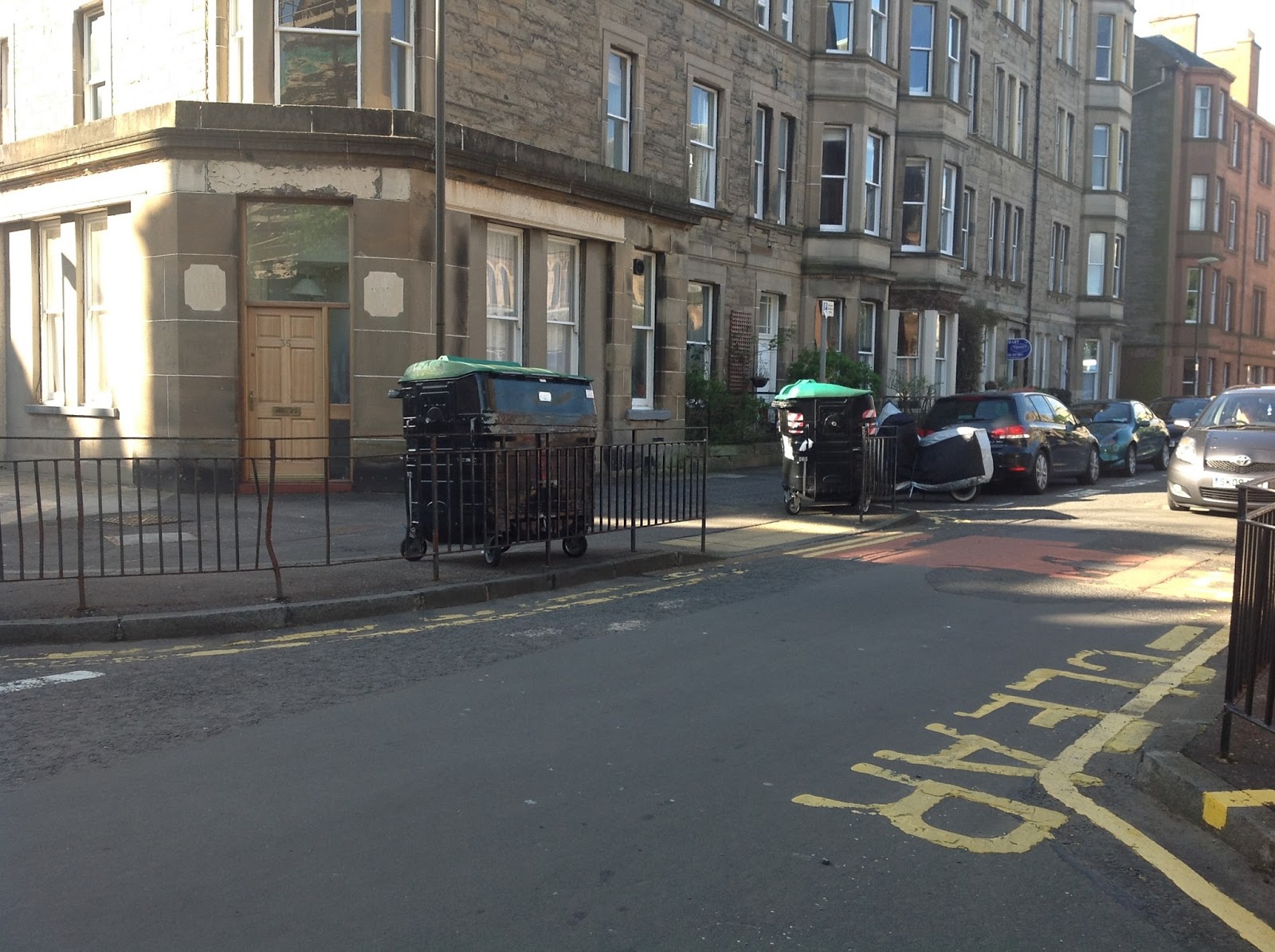 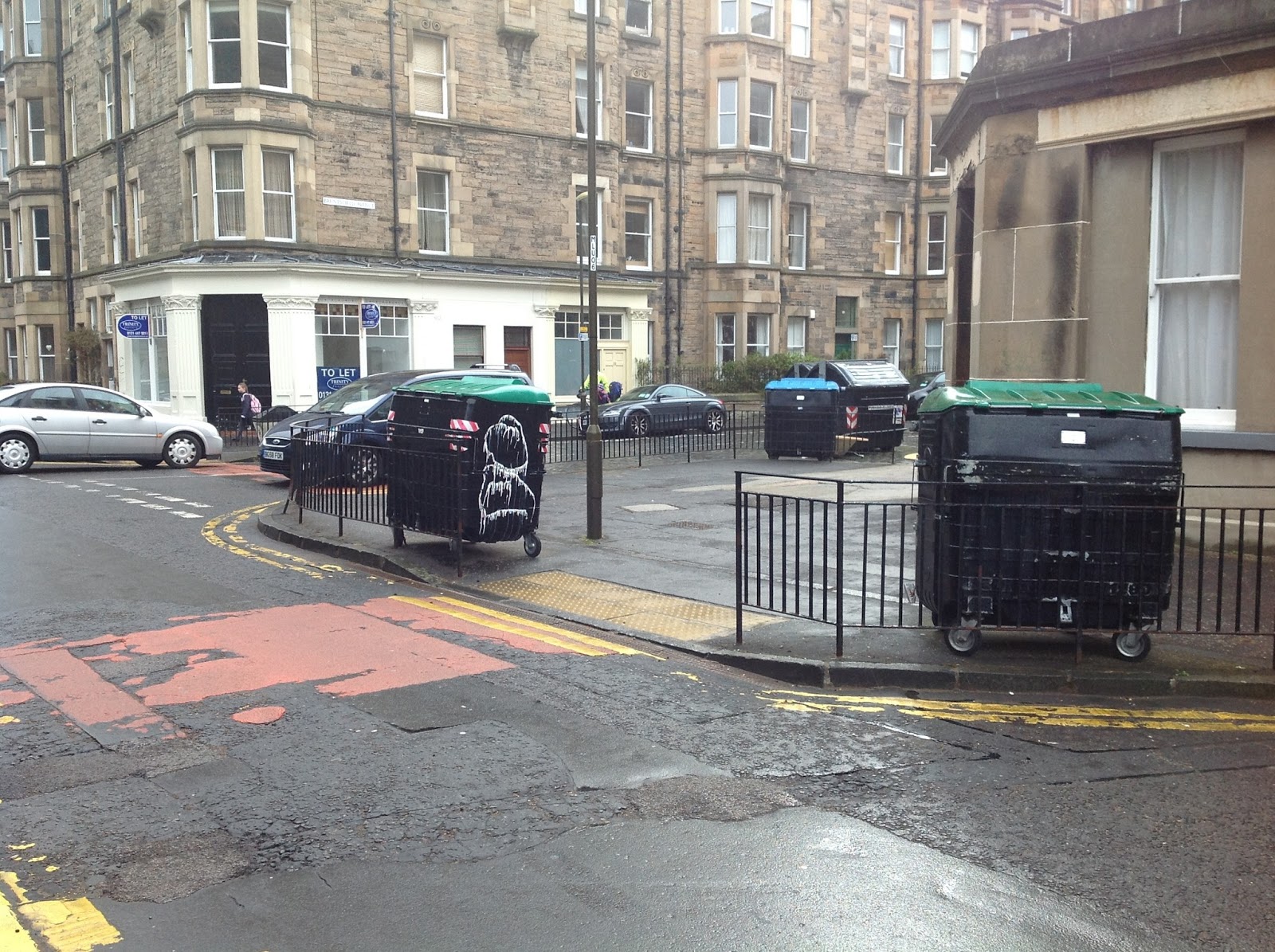 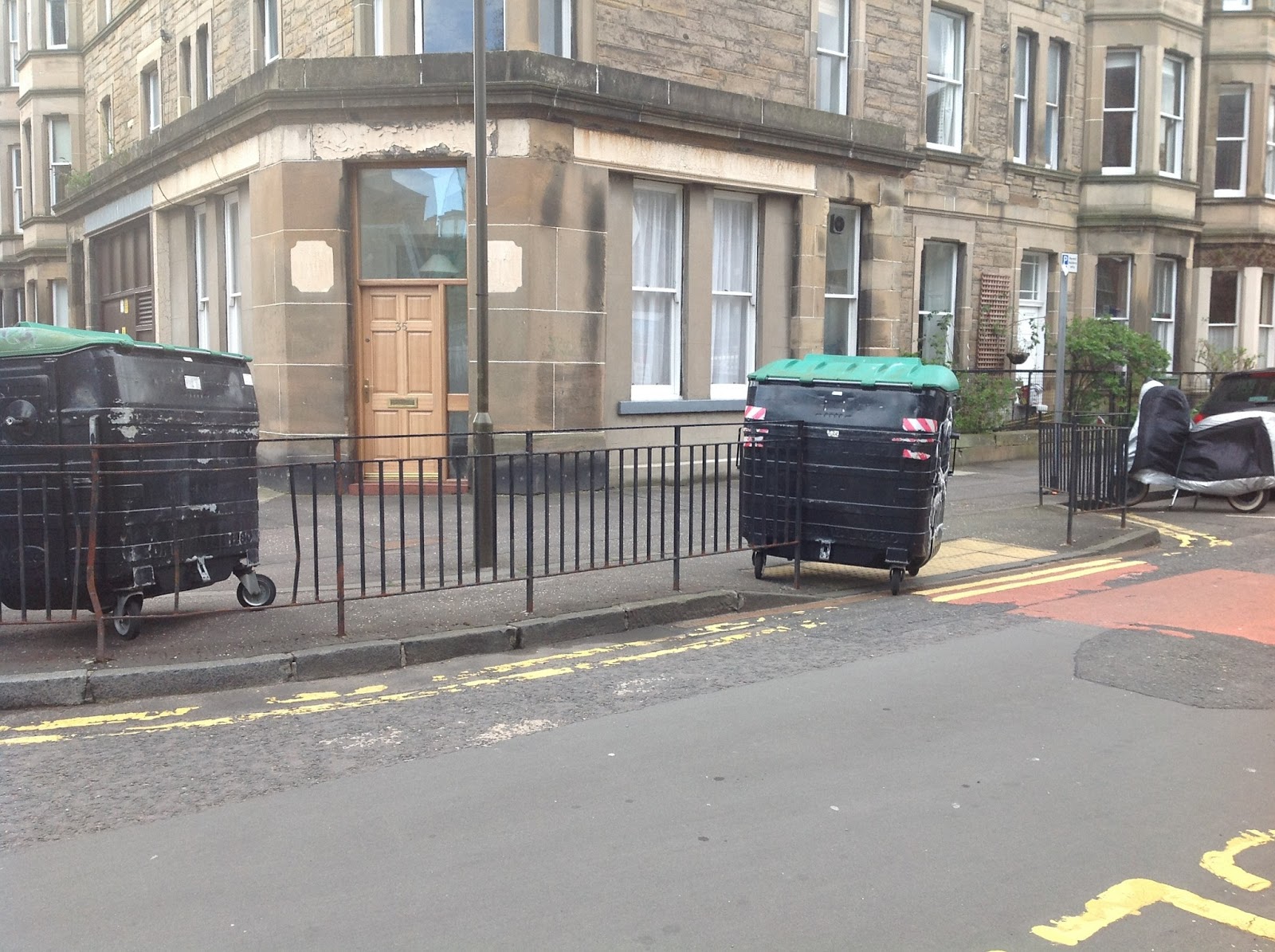 Each time I've noticed this and taken pictures, I've tweeted the relevant authorities and been assured it is being dealt with.

Reporting faults by twitter is pretty easy, and not that time-consuming.  But as long as very simple policies like 'not obstructing pedestrians sightlines' at crossings can't be managed, how exactly are we supposed to think strategically and focus on the big picture?

I'm not posting this to beat up on the folks who have been responding to my tweets, but to make the point that the best policies -- whether tenement recycling schemes or safer travel for schoolkids -- are only as good as their implementation and maintenance.

Soooooooo tempting to push those three bins into the street and block through motorised traffic. Would definitely be safe to walk across the road then. Perhaps if that happened it might get your message through.